Yulio Knowledge Base > CAD Plugins > Cubemap Seams: Why They Occur and How to Avoid Them

Cubemap Seams: Why They Occur and How to Avoid Them

Are you experiencing visible cubemap (scene) stitching in your Virtual Reality projects? Read on to find out why they occur, and how you can avoid them.

What are cube map seams?

The Yulio Viewer App dynamically assembles cubemaps from image strips on runtime. This means that the usual formats (12 x 1 and 6 x 2) are split into their 12 sides and assembled into their corresponding cube maps. 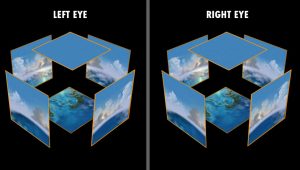 Sometimes, for any number of reasons, seams will become visible in the scene when previewing or viewing them in Virtual Reality. When we talk about seams, we’re referring to the lines that appear on the scene at the borders of the cube. If you’ve experienced them before, you’ll know that they can completely ruin the VR project. 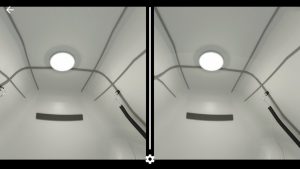 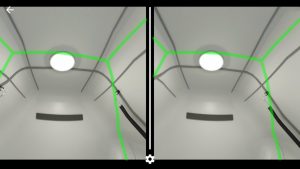 Screenshot of scene with visible seams

If you’re creating cubemaps with our Yulio plugin or any other commercial plugins (such as V-Ray), you this won’t be an issue. These plugins make sure no seams are visible when rendering and positioning the cubemap sides, and assembling the final image.

The problem comes when trying to assemble the images manually using image editing software like Photoshop.

Here are a few reasons seams might appear if you’re assembling your cubemaps manually:

– Sides are offset and overlapping onto other sides
– The individual images that make the sides were made in a incorrect aspect ratio (different from 1536*1536). Later on, when assembling the final image the sides won’t fit in their corresponding positions
– The image was resized and the pixel filtering has bled between images
– Some blending mode was applied on a layer during post production that caused a side to bleed onto its neighbor
– Creating a final image from different base images can introduce variations on lighting that will be noticeable in the final image
– Make sure the left eye images and right eye images are correctly positioned

How to avoid visible seams

– Don’t resize the final image at any point. Shrinking and/or enlarging can introduce seams
– In post-production, take special care that no pixels “bleed” from one side to the other when applying blending modes or effects to the image.

Check out our YouTube channel for more info & tutorials.

<< Back to Knowledge Base

How can I incorporate an exterior image to be seen out of a window?

How to Install the Yulio Plugin for 3ds Max®

What is a Cubemap?

Yulio for SketchUp Bug: Cubemap Not Generated When Using VRay