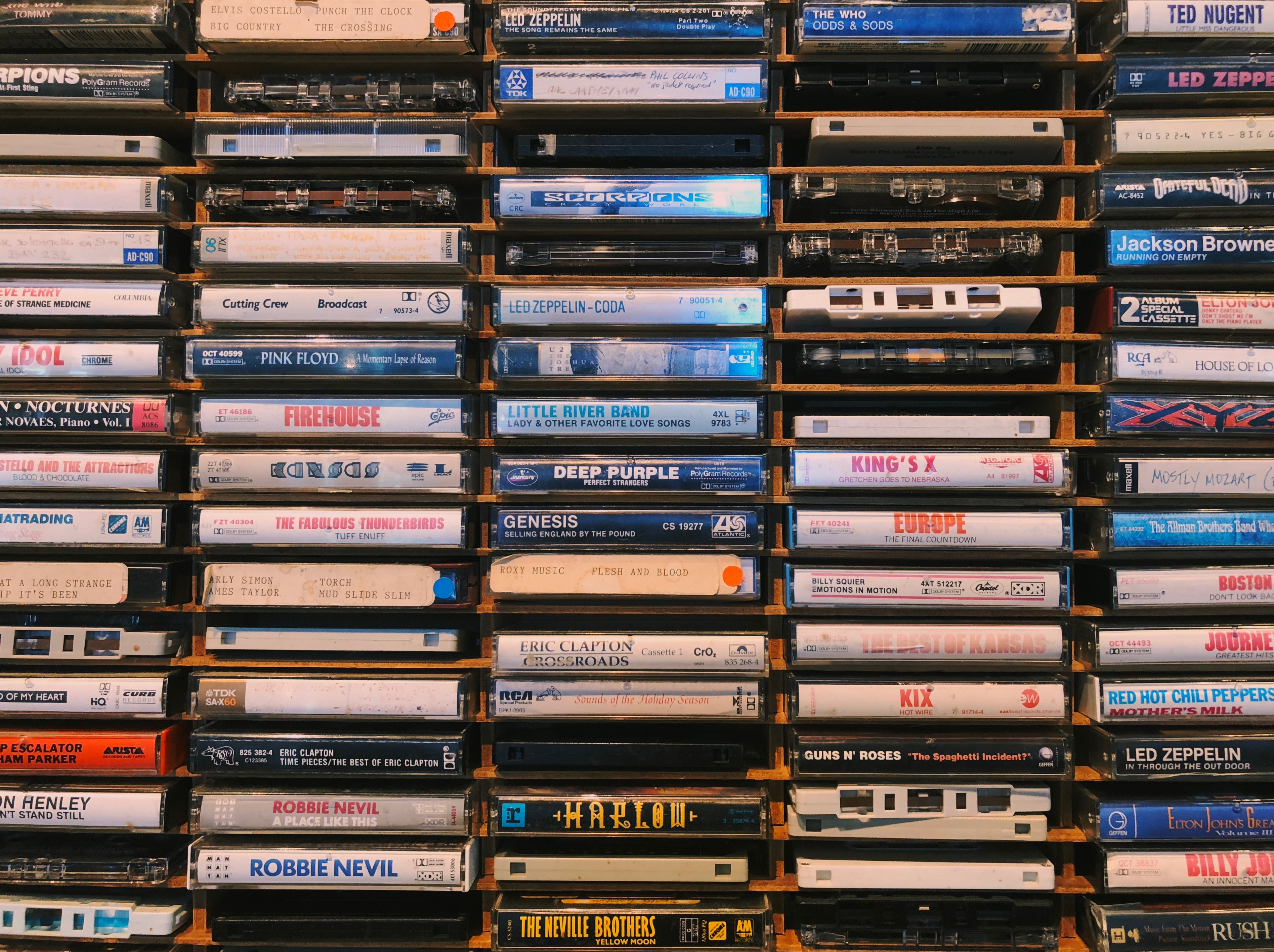 The VR evolution in hardware really begins long before the present surge in interest. I mean, take a look at the Oculus Rift and Oculus Go – both devices are crazy powerful virtual reality hardware systems that were coined from ideas that sparked back in the 19th century – some even argue that panoramic cave paintings were the first real step towards an immersive environment!

We’re going to be going through some of the major innovations in visual storytelling hardware that have led to the current crop of VR headsets.

Let’s begin with the first stereoscopic images. It’s viewing in stereo that makes VR’s depth perception possible. In 1838, Charles Wheatstone had a breakthrough in his research for how people see images and how to give the illusion of dimension and depth in photographs. By putting two images side-by-side, and viewing them through a stereoscope, you have the first development of three-dimensional viewing.

Does the design look familiar? This design is a step in virtual reality evolution – it is the staple of mobile virtual reality and can still be seen today in modern VR glasses such as Google Cardboards, the Samsung Gear VR, Homdio minis, and other mobile VR head-mounted displays. When you power up a VR experience on your smartphone, it should appear just like this – an image on each side of a screen with a slightly different viewing point for each eye, which ultimately lets you ‘immerse’ yourself into the space just like the split image and stereoscope would let you do.

Then in 1929, the first ‘experience simulation’ was made – this isn’t quite like the typical ‘VR’ evolution, but it connects to the idea at-large. At big Samsung events, or even at car dealerships like Audi, there are simulation experiences similar to this. With the addition of ‘real’ forces such as wind and turbulence, you can recreate a real experience, virtually!

As you can see here, the invention was a plane-like structure meant to train military pilots before they were deployed. Because of inventions like these, soldiers were able to improve their skills before hitting the field, a critical step in military readiness mandates following the first World War.

Today, you can still see VR being used as a training tool all over the world – and in the exact same way! Check out some of those uses here.

In the 1930’s, a science fiction story by author Stanley G. Weinbaum wrote Pygmalion’s Spectacles, which imagines what the modern experience is like when you’re immersed in VR (similar concept, anyway).

The original story was backed on the idea of wearing these futuristic goggles that let the user experience a virtual world through holographic, smell, taste and touch. Now, obviously, if you’ve tried VR recently you’ll notice that you can’t smell or taste, but the general idea behind the Weinbaum experience almost describes VR and even AR and MR to-a-t … making him a true visionary in the realm of digital reality!

Entering the age of the arcade – in the mid-1950’s, a cinematographer named Morton Heilig developed “The Sensorama”, which was an “arcade-style theatre cabinet” said to be able to stimulate all the senses. So we’re not just talking sight and sound, but it was stacked with stereo speakers, a stereoscopic 3D display, fans, smell generators and a vibrating chair! It represents an attempt at immersion on the road to VR evolution.

The Sensorama was intended to fully ‘immerse’ the individual in the film that played on the screen. Morton created six films for this machine, and they were titled: Motorcycle, Belly Dancer, Dune Buggy, Helicopter, A Date with Sabina, and I’m a Coca-Cola bottle! – pretty cool, right?!

Next, we have the first real version of a VR headset that you would (sort of) see today! In 1961, two engineers from Philco Corporation developed the “Headsight” which was the first head-mounted display (HMD) to have any sort of motion-tracking built into the design. The headset had a video screen for each eye and a magnetic motion-tracking system, which was linked to the camera.

Fun fact about this model of the HMD – it wasn’t developed for VR at all, it was actually, built for the military! It’s meant to be a vehicle for immersive remote-viewing of dangerous situations – so the motion-tracking would move a remote camera line of sight, which would show anyone watching remotely exactly what the user was seeing – almost like what we would consider being mirroring – which if you think about it, is pretty cool technology to have for the 60’s era of virtual reality evolution.

Then we have the first real move forward in what we consider to be an early addition to VR/AR technology. In 1968, Ivan Sutherland and one of his students developed the first EVER HMD designed for VR/AR called the Sword of Damocles that was connected to a computer as opposed to cameras.

Now, while this tech was the first stepping stone into the VR realm, it was still huge and not user-friendly by any means. This thing was HEAVY, and when we say heavy, we mean suspended from the ceiling type of heavy, AND you needed to be strapped inside of the device to use it – so it wasn’t exactly everyone’s cup of tea, and we don’t want to think about what would’ve happened if this thing fell from the ceiling – but the computer graphics were an awesome and exciting introduction to the tech at the time, and represented a vision for immersive visual experiences.

The next big leap was in 1969 – A man by the name of Myron Krugere began developing computer-generated environments that would respond to users within the space, and this was also the first introduction to social VR! This is, essentially, what lies at the backbone of what virtual reality is today! He called his environments “artificial reality”, later renamed to be “Video Space” technology. So users far and wide could be immersed in a VR space, and be able to communicate with one another – sounds pretty familiar to what Facebook is doing with Social VR right now, doesn’t it?

1987: The Virtual Reality Name is Born

Then, come 1987, a man named Jaron Lanier invented an HMD called, (funnily enough) the “EyePhone” which cost almost $10,000 at the time. This HMD had major improvements to the VR haptics since the previous model of what was considered “VR” had been released.

Along with the release of the HMD, Jaron Lanier and a man named Tom Zimmerman co-created the first VR accessory to hit the industry called the “Dataglove”, which sold for about $9000.

This was also the year that the term “virtual reality” was coined by the man behind both of these cool inventions, Jaron Lanier, an important step on the VR evolution path.

In 1991 we start seeing VR popping up inside of social venues. VR was still far from being something that everyone had in their house (let alone even tried it!), so having it in social venues was the substantial leap towards curating some consumer-level interest in the tech.

The line of VR arcade machines was developed by Virtual Reality Group, and they were decked out with immersive stereoscopic 3D visuals (with less than 50ms of latency), a pair of VR goggles for the user to slip on, and a seat to sit in while being immersed. The users could choose between a variety of games, and some venues even had the option for players to play together with multiplayer games!

Who hasn’t heard of SEGA? This world-renowned video game development company (who is still very active in the market today) produced a prototype called the “SEGA VR headset” for the SEGA Genesis console at the Consumer Electronics Show (CES) in 1993.

This headset design, as you can see, is very similar to headsets that are still being released today such as the Oculus Go. This prototype was equipped with head-tracking, stereo sound, and LCD screens in the lenses.

This release would have been the first time that VR was available for purchase by the consumer mass (the price point in 1993 would have been $200… so about $350 today), but unfortunately due to technical difficulties, and despite the fact that they had created 4 VR games for the console, this prototype never advanced past the prototype stage. This was a HUGE loss for SEGA, but still cool to keep in mind how VR evolution continued through the 80s.

Then we have what was originally known as “VR-32”. Nintendo’s Virtual Boy was a 3D gaming console that was boosted as the first EVER mobile console that showed off true 3D graphics! This console sold for about $180 when it was first released in 1995 in Japan and North America, however, it was considered a failure to Nintendo regardless of the price hits that the console took trying to get it off the shelves and into consumer’s arms.

Some reasons why this console wasn’t very appealing to the consumers at the time were because of the lack of colour in the graphics (the games only included black and red graphics), there wasn’t much (if any) software support to help out users who had difficulties working the console, and it was just straight up too uncomfortable to use. Because of this, Nintendo discontinued production and pulled it off of retail shelves.

2010: The Current Era of VR Evolution – Oculus takes over

Look how far we’ve come in our VR evolution! We’ve gone from what started as a panoramic painting as a vehicle to view in “virtual reality” to what is now the VR we all know, love, and look forward to seeing continue to advance.

VR now hones the power of motion-tracking, eye-tracking, intuitive hand-controls, 360-degree spatial sound, full room-scale support with six degrees of freedom and the list could go on. VR has evolved so much since the 19th century, and there is still so much progress to be made now that developers and tech giants around the world are investigating the boundaries and essential research for augmented reality, mixed reality and the potential for more past that as well.

Who else is excited to see what consumer-VR brings to the table next?!

Want to start investigating VR for your business, but don’t know where to begin? Try signing up for our email course. We’ll provide you information on what VR is, why it might be right for your business practice, how to integrate VR into your existing workflows, tips for selecting the right VR technology and technology vendors, and finally, IT, training and budget considerations you need to know. Or try our free 30-day account that gives you access to all of Yulio’s awesome VR features! Get started now! If you use images to tell your business narrative, you can do so better with VR.

Why So Many Doubters? Riding the VR Hype Cycle

5 Trends in Selling with VR